Mr Emancipation is the story of Walter L Perry’s determination to put on a celebration that would transcend divisions of race and class, in spite of racism. He staged an Emancipation Day festival that was where everyone wanted to be. Jesse Owens, Dr. William Borders, Dr. Martin Luther King Jr and so many others all headed there because, as civil rights activist Dick Gregory said, "The largest Juneteenth celebration was not in America, it was in Windsor, Canada".

The award-winning documentary took five years to produce, but MR EMANCIPATION: The Walter Perry Story is the result of 20 years of research. 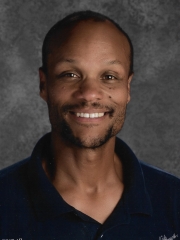 Director Preston Chase is a seventh generation African Canadian and a descendant of William Parker. Parker escaped slavery in Maryland, and went on to play a key role in the Christiana Riots in Pennsylvania. It was his friend, the great Fredrick Douglass who convinced Parker to take refuge in Canada. Born to a single mother in the Black community of downtown Windsor, Ontario, Canada, Preston Chase went on to become a high school teacher. He is also the family historian and a passionate advocate for greater awareness of a historic Black community, time has forgotten.