Where are you from? UNSW

Based on the original ongoing project Where are you from? ®, founded and curated by Sabina McKenna. 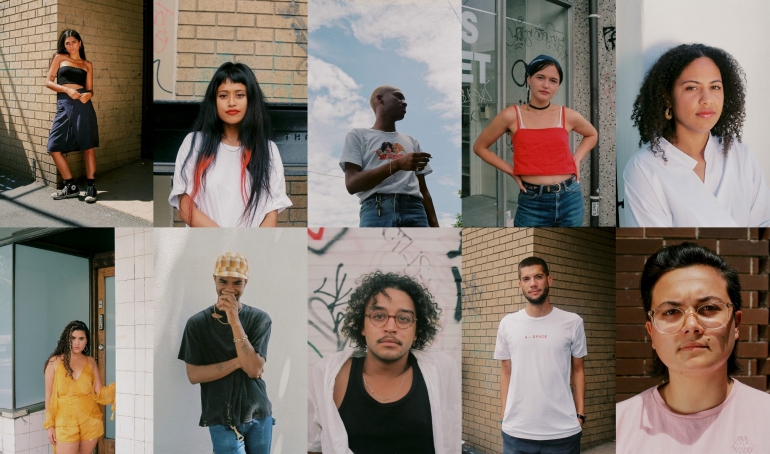 Copyright for all images: Sabina McKenna

The Division of Equity Diversity and Inclusion is excited to be collaborating with Melbourne based curator Sabina McKenna, to produce an iteration of her original ongoing project Where are you from? at UNSW.

To describe the photojournalistic project, Sabina has said:

For many people of colour living in communities with a white predominance, the question "Where are you from?" is a regular encounter. While this question might be considered harmless, it can be othering and tiresome to constantly explain your existence.

Where are you from? was created to celebrate, educate and raise awareness about the BIPOC identity, through thought provoking art and storytelling.

Therapy for some, and education for others; the project stimulates the vital conversations about belonging and acceptance that need to be heard and shared.

In 2020 WAYF launched an online exhibition and publication (about textured hair), Hair by Where are you from? Which was reimagined in 2021 as a physical hair salon in collaboration with Atong Atem and MPAV Pavilion.

We want this project to represent the cultural and linguistic diversity that exists within the UNSW community. Current students (domestic, international, undergraduate and postgraduate) and staff who identify as BIPOC (Black, Indigenous, and People of Colour) are invited to get involved in the project.

We are calling on BIPOC students and staff at UNSW to share their stories for this project. Restrictions permitting, we are hoping to arrange a photo shoot on campus in November or December. The time investment is around 1 hour to be photographed and interviewed by Sabina McKenna. Participants will receive a $100 prepaid gift card.

We are seeking a BIPOC student who has a photographic practice to work with Sabina McKenna to produce the portraits for the project. Restrictions permitting, we are hoping to arrange a photo shoot on campus in November or December. The time investment will be three full days. The photographer will be paid at standard industry rates.